WHEREAS: Grits are bits of ground corn or hominy that constitute a uniquely indigenous Southern food first produced by Native Americans many centuries ago, and Article 3 of Chapter 3 of Title 50 of the Official Code of Georgia Annotated recognizes grits as the official prepared food of the State of Georgia. Grammatically, the word “grits” enjoys the notable distinction of being a rare noun which is always plural but which may properly be used as either singular or plural in writing and speaking, and it can even be argued that grits are America’s first food, as evidenced by the Powhatan Indians´ serving of cracked maize porridge to the nation’s first European settlers; and

WHEREAS: The City of Warwick is universally recognized as the Grits Capital of Georgia, and Georgia is by popular acclaim the Grits Capital of the World, so common logic places Warwick dead in the center of the universe, gritswise; and the City of Warwick and the Warwick-Lake Blackshire Business Association are jointly sponsoring the annual Grits Festival on April 20, 2002. The event will undoubtedly be attended by persons of high and low estate from around the world, all mingling to pay homage to The Grit and to sample the results of the Great Grits Cook-Off held during the festival; and

WHEREAS: This prepared food is well known to all Georgians, both those who are citizens of our state by birth and those who are Georgians by choice; but it may initially be a source of confusion to newly arrived visitors, especially those who have been told that grits grow on grits trees; and inasmuch as corn is a preeminent Georgia crop grown throughout the state, the use and consumption of grits promote Georgia’s vital agricultural economy; now

THEREFORE: I, SONNY PERDUE, Governor of the State of Georgia, do hereby proclaim the day of April 12, 2003, as the NATIONAL GRITS FESTIVAL DAY in Georgia and recognize Warwick as the Grits Capital of the World. In witness thereof, I have hereunto set my hand and caused the Seal of the Executive Department to be affixed this 19 day of March in the year of our Lord two thousand three. 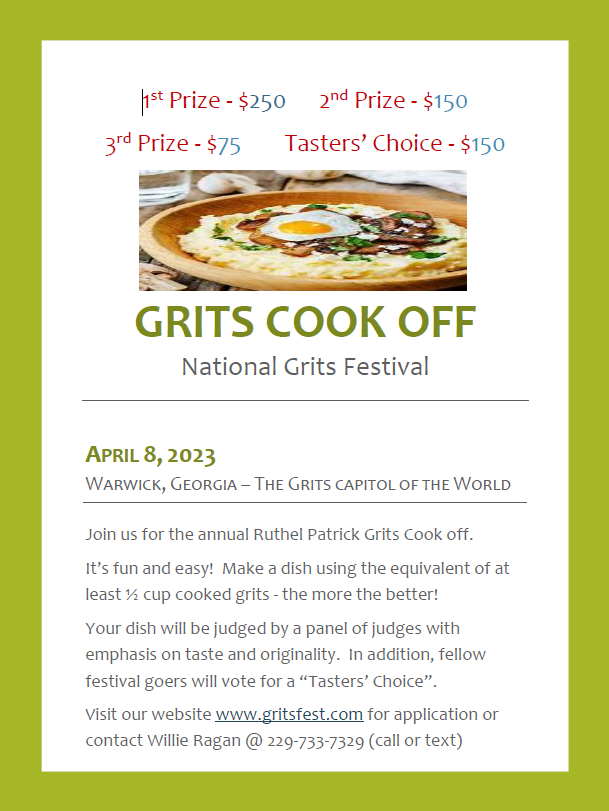 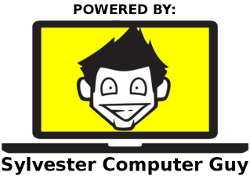